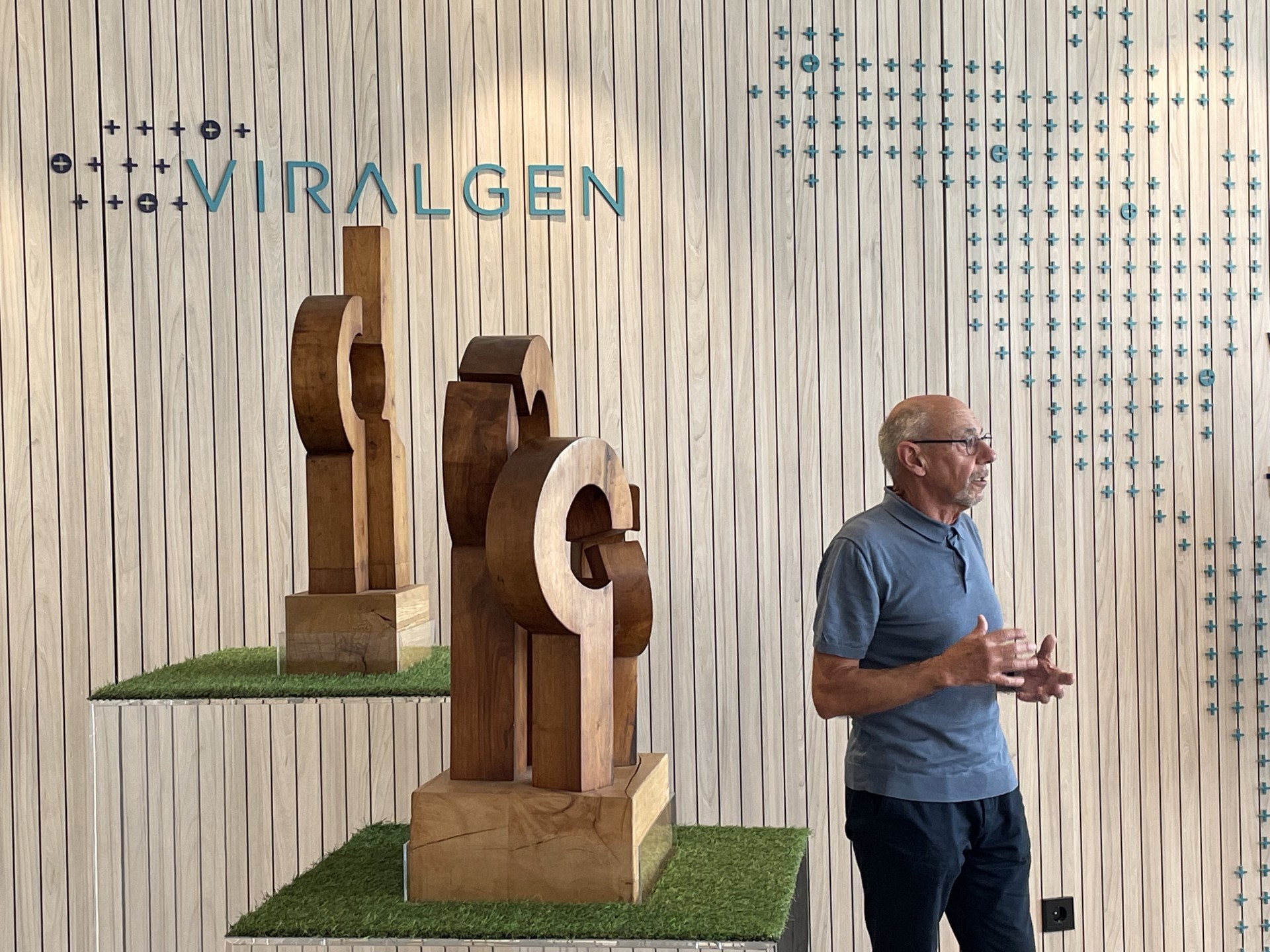 Two pieces of the series of sculptural works "Krontelas" created by the Gipuzkoan artist Anton Mendizabal can now be seen at Viralgen's facilities.

The opening ceremony of the exhibition took place last week in our new facilities located in the Parque Científico y Tecnológico de Gipuzkoa (Paseo Mikeletegi, 8). We counted on the presence of the General Deputy of Gipuzkoa, Markel Olano, and the Regional Deputy for Economic Promotion, Tourism and Rural Environment of Gipuzkoa, Jabier Larrañaga, among other authorities and senior officials.

The Provincial Council of Gipuzkoa –the owner of the works– has ceded them, intending to exhibit the cultural heritage of Gipuzkoa in an environment where the more than 400 employees of the company and a large number of scientists and international managers who regularly visit its facilities pass every day.

"It is a way of representing the exquisite uniqueness of Gipuzkoa by combining science and art. At the same time, the roots and avant-garde of the territory are spread in front of the eyes of the workers and the outstanding international visitors who will then tell in their respective countries what they have seen in this land," said Javier García, the company's top executive.

These are the works "Harritxulagaina" and "Egiar", both carved in wood and other elements and sculpted by Mendizabal in 1990 as part of his "Krontela" sculptural series, the result of a commission by the Oiartzun Town Council for a study on a future Megalithic Park in the municipality. Subsequently, the series became the property of the Provincial Council of Gipuzkoa.

The word "Krontela" comes from the union of "Kronletx" ("crómlech" written in Basque) and "stela" which means "monolithic monument of commemorative character that is arranged vertically on the ground", according to its definition. Mendizabal reinterpretates the Iron Age crómlech of the mountains near his workshop and turns them into sculptures/stelae using the circular shape of these commemorative monuments.

Harritxulangaina, of 10 crómlech and 2 tumuli; Egiar is a group of 7 crómlechs. The sculptor titles his stelae with the name of these groups, combining prehistory, mythology, and art in these contemporary sculptures that, starting today, leave their warehouses to be admired in the main hall of Viralgen.